It’s Ok To Be Treated Wrongly 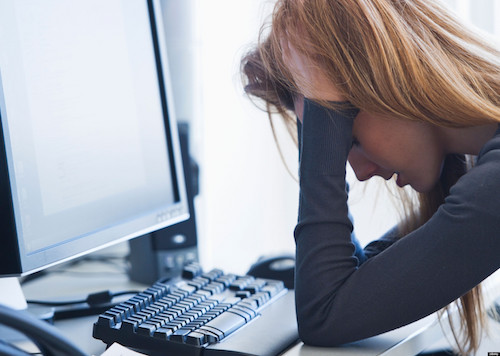 We live in a society where being treated wrongly is unacceptable, and it becomes justifiable to defend ourselves regardless if our defense offends the other. We see being treated badly as wrong and immoral, however, it only takes a change of perspective to see that it’s ok to be treated wrongly.

You might be thinking, what? It’s ok to be treated wrongly?

I was thinking just the same thing not too long ago. It happened at my work place in the midst of a busy week between one of my co-workers. He called me out in front of everyone, asking me for something that wasn’t even in urgent need or due till days later.

When I told him how I would not be able to get it for him by that day, his response was not what I had expected. His body language was rude, his request was absurd, and his response to me had no such kindness to it at all.

He ended the conversation with, “I’ll just do it myself, how hard could it be.”

In my mind I was thinking, “Is he really saying this? Does he have no respect at all for my schedule?” And it was at the end of his statement when I couldn’t take it anymore and blew up.

At that moment, I felt no guilt for my reaction because I believed I deserved to defend myself. I mean, he was the one in the wrong and I was in the right, so I had to have had the right to respond the way I did.

I thought what I was doing was a moral right I had, which was true. The world could agree that it is right for someone to defend themselves when being treated wrongly. However, as followers of Christ, we are called to follow Christ’s example, and not the world’s.

Romans 12:2 says, “Do not conform to the pattern of this world but be transformed by the renewing of your mind. Then you will be able to test and approve what God’s will is–his good, pleasing and perfect will.“

God’s will is for his light to shine brightly and for his love to be shown to others through us. What I did that day at work went against the will of God. I conformed to the world and responded how any other nonbeliever would have responded.

What I failed to realize was how my actions that day took away Christ in me. I didn’t show Gods love, but only showed to my other co-workers that I was like any other person, a person who responds to the way they should be treated. I could have responded in grace and love, and that would have been an amazing opportunity for others to see a glimpse of Christ, but instead I took away a opportunity to reveal the beauty and power of Christ in me.

That day I learned that nothing is worth more than hurting the cause of Christ. Any action that hurts the cause of Christ is never God’s will, but Satan’s desire. Satan knows the impact that God’s love can bring, and he is willing to place a lie in our minds that acts of anger and unkindness are justifiable.

It was ironic because I had been praying for God’s light to shine upon my work place through me so that others may see his glory, however, Satan tried to stop God’s glory from shining that day by using my pride to block it.

We must remember that we are called to a greater purpose than what this world has to offer, and that is to point others to Jesus. The only way to point others to Jesus is to live as he lived. Jesus was spat upon and ridiculed, punished and whipped, yet he still responded in kindness and love. Jesus didn’t deserve any of the wrong treatments he experienced, but he never reacted in anger or wrongdoing.

He was forgiving and loving, an example that we all should follow. God calls for us to share the gospel and salvation to nonbelievers so that they may be saved, and that comes from living a life that shows Christ in us.

Don’t let a temporary incident hurt an eternal cause.

Let us be eternal minded, changing our perspective so that we focus on eternity rather then having a “at the moment” mentality. It can be easy to get caught up with what’s happening in front of us and let our emotions get through, but we must remember that salvation and eternal life is worth more than a temporary hurt.

If we see from God’s eyes, we can see that being treated wrongly is actually ok. It might seem bad to be treated wrongly, but it’s during these moments when Christ can really shine. When someone does good to you, its obvious for anyone to be loving and nice. But it’s during those underserving moments when we show God’s love that it shines the brightest. These moments are when Christ becomes evident in your life.

When people do wrong to you, take those moments as an opportunity to show God’s love. God’s love has the power to change the world and draw people to Christ. Galatians 2:20 says, “I have been crucified with Christ and I no longer live, but Christ lives in me.” So remember, it’s ok to be treated wrongly.