Keeping Joy in the Midst of Chaos 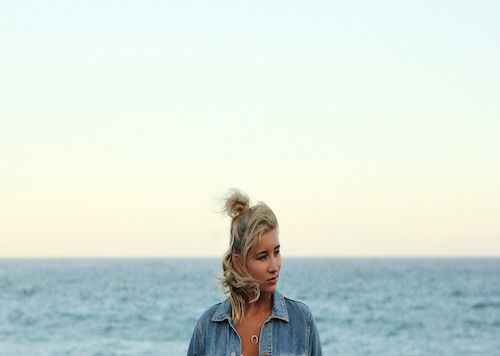 Life will never be perfect and buttoned up the way we want it to be. We are going to go through dry and hard seasons, but keeping joy in the midst of chaos is possible.

As much as I want to avoid conflict and chaos, I realize it can’t be avoidable.

The discomfort, pain, and heartbreak were all so real. I was in a situation that seemed hopeless. The more I tried, the worse the situation became.

There was nothing I could do to fix the chaos. As I fixed my eyes on the situation, I found my joy and peace getting stripped away from me. But during my alone time with God, He reminded me to fix my eyes on Him, and not my circumstances.

I realized I had an impossible God who was greater than the impossibilities I was facing. As I chose to fix my eyes on God, my hope and joy became renewed despite the chaos around me.

Joy comes when we fix our eyes on a mighty God who is greater than our circumstances.

Romans 15:13 says, “May the God of hope fill you with all joy and peace as you trust in him, so that you may overflow with hope by the power of the Holy Spirit.”

God isn’t asking us to fight our battles but to be still and trust in Him.

Instead of giving in to fear, Jehoshaphat, after praying and fasting, got everyone to sing praises to God. God came through and defeated their enemies without them having to fight. 2 Chronicles 20:22 says, “As they began to sing and praise, the Lord set ambushes against the men of Ammon and Moab and Mount Seir who were invading Judah, and they were defeated.”

Jehoshaphat and his army could have run away out of fear, but they would have missed their victory and God’s glory shine. They instead stood firm,  praising and believing God would come through – and He did.

Just as God fought Jehoshaphat’s battles, He wants to fight our battles as well.

Will you believe that God will come through in your situation?

I don’t know what chaos you are facing, but know that you have a God is who is greater than your chaos. God is your greatest defender – all He is asking you to do is to stand firm in faith and trust in Him.

Jehoshaphat was filled with joy because he chose to praise God in the midst of the chaos. He didn’t focus on the battle, but on the God who is able to win the battle.

God will never fail you. He is faithful to those who walk according to His word and direction. Psalm 25:3 reminds us, “No one who hopes in you will ever be put to shame, but shame will come on those who are treacherous without cause.”

Joy will rest in us as we trust that God is in control even when things are not in our control. Fear cannot shake us when we choose to stand firm in God’s word. Psalm 16:8 says, “I keep my eyes always on the Lord. With him at my right hand, I will not be shaken.”

As we fix our eyes on Jesus, our circumstances will not move us because our faith is rested in a God who is mighty to save.

Meditate on God’s word and allow your mind to be renewed with his truth as you face hardships. Be ready to replace every fear and doubt with God’s promises. Joy will follow you as you seek God’s presence and truth. He promises those who seek Him will find Him (Jeremiah 29:13). So remember, keeping joy in the midst of chaos is possible with God.

Prayer: Lord, I thank you that you are my greatest defender.