Living Outside Of God’s Boundaries 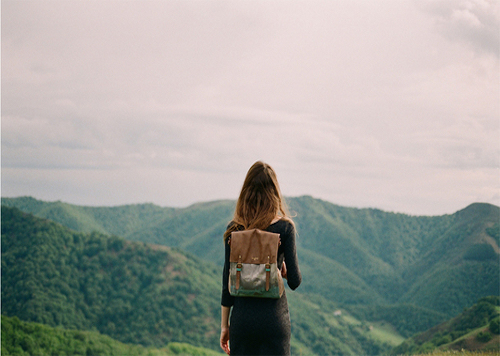 Have you ever wondered what was on the other side of the world? Or maybe even wondered what it would be like living outside of God’s boundaries? Our human curiosity can take us to a negative route if we are not careful with where it could lead us.

We can give credit to human curiosity because it is what has caused the advancement of society. Going to the moon, inventing the light bulb, and many other inventions have started from one man’s curiosity. However, we must also be careful with curiosity because it can also take us to a negative route, as how it did with Adam and Eve.

Eve’s curiosity of eating the pleasing fruit that was forbidden by God led to sin, which ultimately led to their abandonment of the Garden of Eden, and punishment from God that has affected generations until today.

There was a time in my life when I too like Eve, wondered how good it could be living outside of God’s boundaries and rules. I believed that freedom existed outside of living the “Christian life”. There would be no rules that would make me feel guilty of doing what I wanted to do, and I believed that I didn’t need God to give me joy.

I was pretty confident that I could create joy my own way.

But as I continued to live life outside of God’s will, I started to see sin grow in my life. As my sins grew, they started to entangle me, and soon enough I felt trapped in my own sins. Trapped with no way out.

I realized that the freedom outside of God’s ways was only a freedom to do more sin.

Psalm 137:1 says, “By the rivers of Babylon we saw and wept when we remembered zion.” This chapter was written from one of the exiles who were taken away from Jerusalem by the Babylonians. They wept in remembrance of their old free days in Jerusalem.

The exiles took advantage of God’s grace for them while they were living in Jerusalem. They chose not to follow God’s ways, and eventually found themselves outside of his boundaries – outside the city of Jerusalem to Babylon.

Freedom didn’t exist out there for them. The consequences of sin captivated them and stripped their joy away as they walked further and further away from the city of Zion.

Just like those exiles, I too felt captivated living outside of God’s boundaries. I thought I could create my own joy and find freedom outside of living for God, but instead I found myself captivated like an exile.

The truth is, freedom only comes in Christ. When we are in Christ, he gives us the freedom to receive true joy, happiness, peace, and love. I became trapped from living life my own way, and the only thing that could change my life was Jesus and his truth.

John 8:32 says, “Then you will know the truth, and the truth will set you free.” This verse is what started my rescue course, and today I can say my life has never been so blessed and free than ever.

Hebrews 12:1 says, “..let us throw off everything that hinders and the sin that so easily entangles.”  Don’t let sin restrict you from the freedom in Christ.

Know that God’s boundaries is his grace protecting you from sin. God’s real punishment is not his ways and rules, but when he gives you what you want. Outside of God’s will is only the restriction of freedom and joy. Choose God and he will give you the joy you need. Instead of tears of sorrow, God will give you tears of joy. So remember, living outside of God’s boundaries is not what you think it is.