Make The Most With The Little You Have 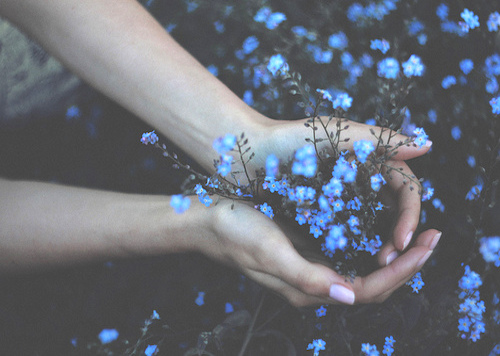 We’ve been taught that in order to do great things, we need to have a lot of greatness in us. However, this isn’t always true. The little you have still has the power to shake this world. Don’t underestimate your imperfections and shortcomings. God can make the most with the little you have.

This weekend I had the privilege to have a booth for Living Revelations at a Christian Conference. Many people would stop by and the one question that was asked by almost everyone was, “You did all of this? You, by yourself?”

It wasn’t until after the conference that I realized how much I was able to accomplish with the little I had only because of the power of God. I can’t even credit myself for the lives that have been touched by my blog or the number of people I’ve been able to reach. I’m no marketing expert, nor am I a perfect writer.

So what’s my secret you might ask? I just have a great God who does great things through me.

You too have a great God who desires to do great things through you.

Don’t let your lack of experience or ability stop you from doing what God is calling you to do. God doesn’t look for great people  – he looks for those who know that they aren’t great but trust in a great God.

God will use the little you have to bless many. The story of the widow’s olive oil in the Bible is a great example of how God is able to use the little we have to bless others for His glory and kingdom. The widow needed money to pay off what her husband owed to the creditors, but she only had a little oil left that wasn’t enough to pay off the debts. The widow shared her situation to the prophet Elisha and while he understood that she didn’t have enough oil to sell, he still told her to take empty jars and fill them with the olive oil that she did have.

Yet even with the little she had, she acted in faith and trusted that God would do the rest. She obeyed the word of God and filled all the empty jars with the oil she had. Through the power of God, the oil that she had was able to fill the many jars that she took. 2 Kings 4:6-5 says, “They brought the jars to her and she kept pouring. When all the jars were full..” God was able to fill the jars up despite the little the widow had. We have a God who is able to use even the smallest and weakest thing we could ever imagine.

Another example in the Bible of God using the little to work wonders for His glory is the story of the 5,000 people being fed. There were 5,000 hungry people who needed to be fed, and the disciples could only find one boy who only had 5 loaves of bread and 2 fishes. John 6:9 says, “Here is a boy with five small barley loaves and two small fish, but how far will they go among so many?” Yet God was able to use the little the boy had to bless the many people there.

God will take the little you have and make much with it.

God wants to use you, and the only things He asks of you is to surrender your life to him and He will do the rest. He will open the doors that you can’t open. He will provide you the things you can’t provide for yourself. God will be your God, and you will be His people.

It doesn’t matter what you have because the ability for God to use you comes from Him and not you. God only ask you to keep pouring as the widow in the Bible kept pouring. Ephesians 3:20 says, “Now to him who is able to do exceedingly abundantly all that we ask or think, according to the power that works in us.” It is the power of God that will empower you to do things beyond your own capabilities. So remember, God can make the most with the little you have.