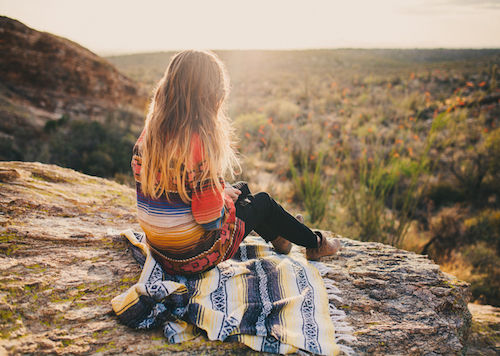 We all are selfish by nature. Worrying about our lives comes naturally, and many of our agendas consist of self-center desires. Although selfishness may seem appealing, the truth is, selfishness destroys.

I’ll make a confession – I’m a selfish person.  I tend to want things my way and hate it when my plans get disrupted.

I found that this selfish attitude of mine not only ruins my relationships with others, but also with God. Destruction in any relationship starts with selfishness, and it’s something that God has been working on removing in my life.

I’ve learned that my walk with God can’t be all about me. The things that I want are not always what God wants for me, and many times his plans for me aren’t even close to my own plans. But the good news is, his plans are always better than my own.

Don’t let your plans get in the way of God’s plans. God’s plans are always better.

The story of David in the Bible shows us how our selfishness can destroy God’s good plan for our lives. David started out great and successful in the beginning of his life. Before doing anything, he would always consult with God first. David’s life was all about God, so God blessed him and made him victorious over all his enemies.

But then David became selfish, which led to his downfall.

David slept with Bathsheba and took her as his own, despite her already having a husband. God had already blessed David with so much, yet because of his selfish desires, he took what the Lord never gave to him.

God spoke to David through a prophet and said in 2 Samuel 12:7-9, “I anointed you king over Israel, and I delivered you from the hand of Saul…I gave you all Israel and Judah. And if all this had been too little, I would have given you even more. Why did you despise the word of the Lord by doing what is evil in his eyes?“

David’s own selfish plans led him to a disastrous and shameful life. God only planned to give David the best life, yet his selfish ways let him astray from God’s good plans.

What desires do you have that God may be saying no to? Has your own selfishness stopped God’s good plans for you? The enemy will use our selfishness to destroy our lives, just as he did with David. David could have experienced life to the fullest, but his own plans got in the way of God’s plan.

John 10:10 says, “The thief comes only to steal and kill and destroy; I have come that they may have life, and have it to the full.” God’s plan has always been for us to experience life to the fullest, but the enemy wants to destroy his plans by making us focus on ourselves rather than God.

When we turn our eyes from God to ourselves, we feed our selfishness which leads us further away from God’s beautiful plan for our lives. Don’t get in the way of God’s plans because his plans are better than ours. So remember, selfishness destroys.

Prayer: Lord, I want the plans you have for me. Help me to not get in the way of your perfect plans.