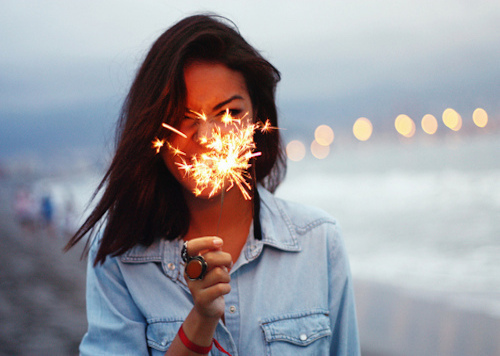 But it didn’t start until around the end of the year. It was around October when I started to see God move mightily in my life.

Living Revelations’ reach started to expand around the world, and I started receiving more testimonies than ever before. God opened more doors for me to speak and share the gospel, and I was invited to be one of the leaders in the Single’s Ministry at my church (even though I had only attended the ministry for a couple of months).

While all that was a blessing, God overwhelmed me with more favor.

I was asked to speak at the Single’s Ministry service and saw so many lives touched that day. I also had the opportunity to lead worship for their Christmas event. I started to see God use me in the prophetic gifts and words of knowledge. God started to reveal things to me of other’s lives that allowed me to pray for them on a deeper level and encourage them in their walk with God.

How did this all start? Through my obedience to God.

God had asked me to let go of a past relationship for a while. It was this past summer that I finally had the courage to let it go.

I put my faith into action through obeying what God had been asking me to do. Because I obeyed, I was able to see God’s favor in my life. God exceeded my expectations in just a few months. Never did I expect that God would move through my life and use me as much as he has.

When we surrender our lives to God, he takes our lives and uses it in ways we could never do on our own. Our faithfulness to God will lead us to his favor to see him do so much more in our lives than we could ever imagine. Ephesians 3:20 says, “Now to him who is able to do immeasurably more than all we ask or imagine, according to his power that is at work within us.”

While there are 12 months in a year, I waited until July to start the year right and walk in obedience to God.

You have the chance to start the new year right today.

What have you put off that you know God has been asking you to do? How can you start the new year right with God?

Ruth from the Bible is a great example of a faithful and honorable woman who experienced God’s favor in her life.

Ruth had lost her husband but was still faithful to her mother-in-law Naomi. She followed her wherever she went. She knew following Naomi would lower her chances to find a new husband, yet she still stayed faithful to Naomi.

Ruth said to Naomi, “Where you go I will go, and where you stay I will stay..” (Ruth 1:16). Ruth followed Naomi to a foreign land where Moabites (Ruth’s people) were not welcomed.

Because of Ruth’s faithfulness, God’s favor was upon her and she was able to find favor among a wealthy and high-standing man name Boaz.

Ruth asked Boaz, “Why have I found such favor in your eyes that you notice me—a foreigner?” (Ruth 2:10). Boaz replies, “I’ve been told all about what you have done for your mother-in-law..how you left your father and mother and your homeland and came to live with a people you did not know before.  May the Lord repay you for what you have done. May you be richly rewarded by the Lord..“(Ruth 2:11-12).

Not only was Ruth able to glean in Boaz’s field, she also ended up marrying Boaz which led her to be part of the lineage of Jesus Christ.

Ruth was known as a woman of noble character (Ruth 3:11). Because of her faithfulness, she found God’s favor in her life. God restored to her what she lost and did the impossible by allowing her, a Moabite, to be a part of the lineage of Christ.

Just as God was able to do immeasurably more than what Ruth could ever ask for, he wants to do the same in your life.

Will you go wherever God asks you to go and do whatever he asks you to do? Will you start the new year with being faithful to God?

Your obedience to God gives him access to use your life mightily.

Psalm 84:11 says, “…the Lord bestows favor and honor; no good thing does he withhold from those whose walk is blameless.” So remember, start the new year right with God.

Prayer: Lord, help me to start this new year right with you.