What Are You Afraid Of? 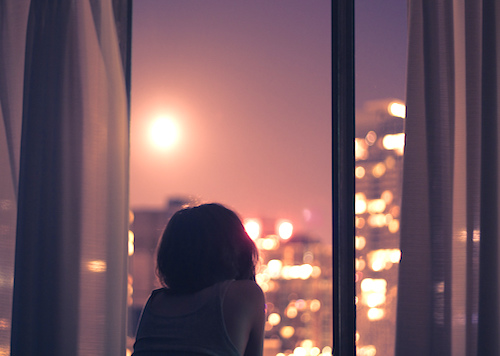 Fear exists in everyone; it is a part of human nature that we can’t runaway from. Some may have fear for financial reasons, loss of loved ones, failing on a task, or even the fear of getting hurt. But whatever your fears may be, there is a way to face them with no fear.

For quite some time, I thought there was no way of getting rid of fear. I knew I had a God who was on my side, yet I still faced my problems with fear hidden inside of me. It was when I read about the story of Daniel in the lions den that I realized it is possible to face our problems with no fear.

What really amazed me was how Daniel faced the lion’s den with no fear.

He could have ran away, or denied the fact that he prayed to God, but instead he chose to trust God and to face his problem with no fear. Because of Daniel’s faithfulness to God, God protected him and he survived inside the lions den. Daniel 6:23 says, “..no wound was found on him, because he had trusted in his God.”

We spend most of our lives being afraid of the lion in our lives, such as the problems we face and of our uncertain future, when we really should be afraid of the God who has the power to overcome all the things we are afraid of.

God protected Daniel and defeated the lion not so that we would be afraid of the lion, but to show his might and glory. God wants us to know that he is Lord, and he has power over all things. Even Satan cannot defeat God.

If God is above everything we fear, then why should we fear anything in this world? In John 16:33, Jesus says to us, “..In this world you will have trouble. But take heart! I have overcome the world.”

You don’t need to be afraid of anything because God has already overcome the lion in your life. Your fears were not made to keep you afraid, but to point your eyes to Jesus. Use your fears to remind you of who God is. From the past and even until today, God has allowed bad things to happen to show the mighty power of his hand so that we all will fear him and put our trust in him.

God doesn’t expect you to runaway from your problems, but to face them with full assurance in him.There will be a time in your life when you will be in the same cage as the lion, face to face with your fears, but if you are like Daniel and choose to depend on God, you can be sure that God will save you.

Not only will he save you from your troubles, but he will also make sure to not leave a single wound on you. As it was written in the book of Daniels, “no wound was found on him.” That is how powerful your God is. You have 2 choices: To face your fears with what you have, or to face your fears with the one who can overcome your fears. Which will you choose?

Daniel didn’t chose to fight the lion himself, because he knew there would be no way he could save himself. But he knew who could save him, and that was God. God will make sure that those who depend on him will never be harmed. The God who saved Daniel back then is still the same God you serve today. Don’t try to fight the lion by yourself, let God fight it for you. So remember, what are you afraid of?